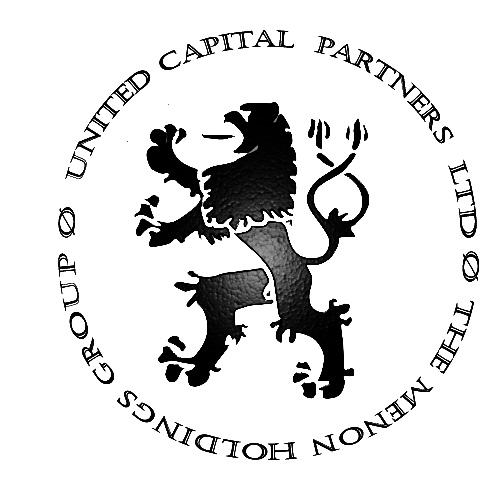 unstART is a not-for-profit private venture of The Menon Holdings Group  - unstART supports contemporary art and artists, strengthening art organizations that work to promote art and at fostering engagements with places where much of Menon Holdings Group’s activities are based — and extending the Group’s long-standing commitment to artistry, craftsmanship, creativity & innovation.

At the moment, unstART curates a select ensemble of Jay's paintings in private collection.

Space liberated from time
Most works featured at unstART inherit a sort of an analytical 'Feynman vertices' style abstraction meant to invoke a sense of space, liberated from time, a realm from where images, places, events, cyphers, text or portals emerge - dormant space, wanting to be explored. Back in the 1900s, Einstein liberated space and time from the requirements of immobile rigidity imposed by Aristotle and Newton. Subsequently, physicists like Richard Feynman conceived of a changing, moving, dynamic, quantum spacetime - akin to geometric arrangement evolving and transforming into infinite ways, extending its presence across many dimensions.
Here is an experiential example to exploring dimensions in spacetime with this Van Gogh inspired painting titled A Starry Night at Gotham City (click link  for more)

The word unstART has its origins in fluid mechanics., in the context of wind tunnels. “UnStarting” is a phenomenon observed from the process of reversal of flow of fluid from a supersonic wind tunnel  - The unstart phenomenon refers to a breakdown of the fluid flow. An analogy can be seen in these works of art you see here - A composite form emerging from the composition of geometric vertices - to those familiar with quantum mechanics. The style used is akin to a Feynman diagram that is used to represent probability amplitudes in quantum physics.

The philosophy that unstART intends to convey is that if we change the basic way of thinking about space and time then we may be able to get somewhere. Imagine this - let us assume that the behavior of the universe can be determined by a basic “data structure”, like a lattice of cells that exists in a cellular automaton. We can then find rules that give behavior which on a large scale doesn’t show obvious signs of the lattice. But if there’s really going to be a simple model, it would seem wrong that such a rigid structure for space should be burned in, while every other feature of space just emerges. So we need something in a sense that is beneath space - something from which space as we know it can emerge. And for that we need an underlying structure that’s as flexible as possible in terms of computational and mathematical formalisms. Fundamentally everything we look at can actually be represented as a pattern replicating network. A network—consisting of a bunch of nodes, joined by connections. And all that’s intrinsically defined in space is the pattern of these connections. Space is thought of as a mathematical construct that serves as a kind of backdrop, in which there’s a continuous range of possible positions at which things can be placed.

unstART is also a place to figure out the intersection of art and science. Almost all works of Jay featured at unstART demonstrate this entwined relationship between art & science - Too often, the realms of art and science are separated from one another—dismissed as being two entirely different worlds that don’t belong on the same plane. unstART strives to build bridges between these two realms, and see how these bridges can better the two sides, if they are brought together in a coherent way - because creativity hinges on a deep original thought - an inception before people even know they need it, and from that creating something that has never been seen before - more like what a thought process is to an artist in front of a blank canvas.

An initiative was launched circa 2017 upon Menon Holdings Group’s inception as an Associate Partner of unstART to try and connect with the diverse landscape of  cultural diaspora, as well as promoting  efforts and outstanding talent with the global community - The initiative’s centerpiece is — The unstART Residency — offers residency opportunities for artists at select leading programs & exchanges worldwide.

unstART is a place that celebrates creativity. Its mission is to spotlight the numerous shades of humanity—from the lighthearted and fun to the thought-provoking and enlightening. Continuously pushing the boundaries of how we think and, often times, the message in works of art are more powerful than words could ever be.

You are welcome to experience the art and imagination featured here as a range of licensed limited edition canvas & commissioned adaptations of popular rennaisance works for sale, with each work carrying its own certificate of authenticity. You may also want to read a bit about our not-for-profit-activities at Art Charities Commissions (click here for more)

Thanks for checking us out.


Predominant Style -  Feynman vertices are particularly dominant from the palette as well as from the geometry of lines that articulates objects existing in space (in spacetime rather). Most subjects featured here get realized through a systematic network of lines and grids - obscuring beyond the traditional three dimensional perception of space - an attempt to articulate the mystic conception of cosmic harmony existing behind the veiled surfaces of ordinary reality. Intersecting lines - as a reflection that the universe plays host to a constant conflict between opposing dichotomous forces - be it white & black, light & dark, yin & yang, shiva & shakti, good & evil, positive & negative, masculine & feminine, or the dynamic & static.

Art at unstART is a representation of the uncharted mind and what is seen here is largely based on a relationship between complementarities - balanced and equivalent forces that is said to be the purest representation of singularity, of the harmony and unity that are inherent characteristics of the mind and of life, and of anything.

The larger picture can take on almost mythic dimensions in the context of understanding our place in the grand scheme of things and at understanding whether consciousness is something that separates or unites us.

unstART does not brand art as an object of visual communication; that is the responsibility of graphic design. Art found here is simply meant to express; to cause imagination to wander; to challenge and to interrogate conventions, and that fundamentally art need not necessarily be linear.

Art is just consciousness looking for a medium to express itself !